Nothing brings people together quite like sitting around a dinner table enjoying the pleasures of food and drink. With this in mind, Hajde London has searched the capital to find places to get your fix of southeastern European food in London. There aren’t many, but here is the best of what we found.

d’issa is a Croatian delicacy and wine stall at the bustling Borough Market. It sells a range of Croatian olive oil, as well as fig products, cheese and wine.

One of d’issa’s specialties is truffle-infused olive oil, which, I’m told, is especially good, because it’s made using truffle shavings. 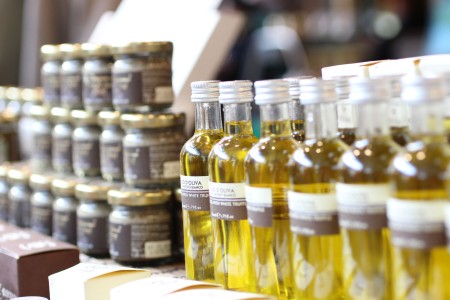 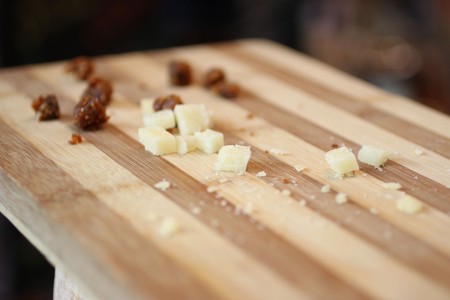 d’issa can be found at Borough Market (nearest station London Bridge) on Thursdays, Fridays and Saturdays. Its owners will soon be opening a larger shop at the market.

Mugi is a Serbian-run café in Ealing. 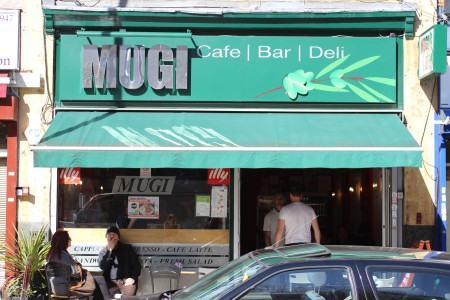 You can get an English fry-up at Mugi, but it specialises in traditional Serbian dishes, including sarma, burek and roast pork.

We tried the ćevapčići which was served with excellent ajvar.

This is also the place to go if you’re looking for a whole lamb or pig spit roast. 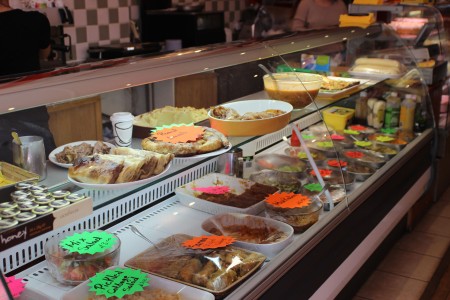 Magaza is a Balkan food shop filled with a range of products imported from southeastern Europe which also serves fresh pastries.

Some of its products include jarred peppers (at amazingly good value), cheese, meats and a huge selection of ajvar.

We were told that Mama’s is the best ajvar available in Magaza, so we bought some. It is indeed very good. 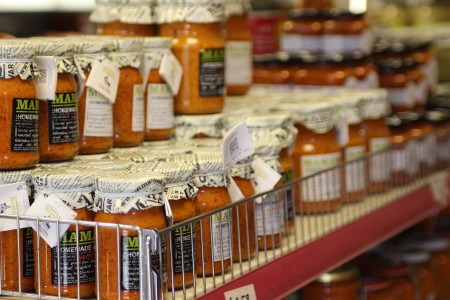 Frog on the Green, Peckham

Frog on the Green is an Albanian-run deli/café which serves a variety of Balkan-inspired foods. This is where John, the astoundingly generous owner, treated us to the incredible Balkan dinner featured in our audio slideshow. 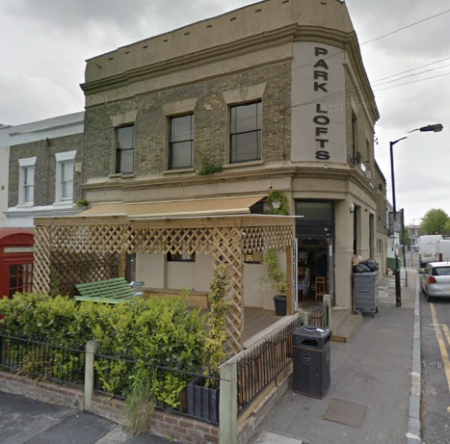 My favourite at Frog on the Green are the pork and prune sausage rolls.

It’s also worth mentioning that the bread is incredible.

If we’ve missed any of your favourite restaurants, cafés or shops, let us know!

2 thoughts on “Balkan food in London”